Year 7 Open Evening: We are pleased to welcome prospective families to discover more about our approach to boys' learning at 11-13 on Monday 4 October.
Learn More

Boys in Year 5–8 visited historic York for a weekend of sighteeing where they followed in the footsteps of William the Conqueror, experienced a cruise along the River Ouse and sampled the delights of York’s Chocolate Story.

With a packed itinerary, first off was to explore medieval York at Clifford’s Tower, with its stunning views over Old York. Following this, the boys encountered Norse-speaking citizens at the Jorvik Viking Centre, where they looked inside houses and experienced everyday life in Jorvik. The awe inspiring York Minster, was the last stop of the day, with boys trying their hands at building a traditional Norman arch as well as relishing the opportunity to try on various robes.

Saturday saw a trip to the award-winning Eden Camp museum. Housed within an original prisoner of war camp, boys were transported back to life on the Home Front and the Front Line. An ‘all-in’ game of tag across then junior assault course was a highlight for many!  Afterwards, the boys engaged in an entertaining tour of York’s most famous chocolate making families and their finest creations. Of course, there was time for the boys to sample some delights Some boys were even brave enough to taste the bitter raw cocoa! Boys demonstrated their creativity (and sweet tooth) by making their own chocolate lollipops to finish the tour.  A trip to the Shambles, with its Tudor architecture provided ample shopping opportunities with the fudge shop and Harry Potter merchandise proving very popular!

On the final day, our intrepid explorers experienced a unique perspective of York with a cruise along the River Ouse. The cruise provided a guided commentary accounting York’s Roman, Viking and Industrial history. Last, and by no means least, was a visit to discover 300 years of history at the National Railway Museum. Home of the Japanese bullet train, replica Stephenson’s Rocket and the Royal Carriages, boys immersed themselves in railway history and were fascinated by the impressive Mallard.

A cultural extravaganza of a weekend was had by all! 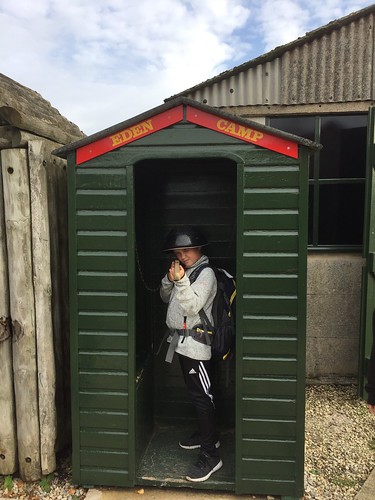